Groundhogs abound in the famous little town of Punxsutawney, PA a town around 6,000 people & 85 miles from Pittsburgh. It's only a 3 hour drive from home and timing was perfect for a tough 50k in preparation for Grindstone 100mi. in Oct.

I will note that I've gotten to that phase in my training where I hear myself telling my running partners how tired I am. I usually push it another week and then take a down week. I did that last week after a lot of late nights and early mornings and long runs. I've felt more tired than normal and just chalked it up to lots of work, family, training, & not a lot of sleep. I was hoping that things would pan out and I would shoot for about a 5hr 50k in Punxy. We (Dave & Sarah) drove to PA Friday afternoon and as the hills started to grow, I realized this would be a good race.

We stopped in at the Gobbler's Knob for race packet pickup and some words from Rob Lott, the RD (through 2014). It's the normal ultra atmosphere, humble, talkative, & friendly. The race will be directed by an new RD for 2015 and will be held in May on Armed Forces Day. We walked across the lawn to take our photos as the famous Punxsutawney Phil stage, found ourselves some great dinner at Mary's Place a few minutes away (dry county, byob) and highly recommended. 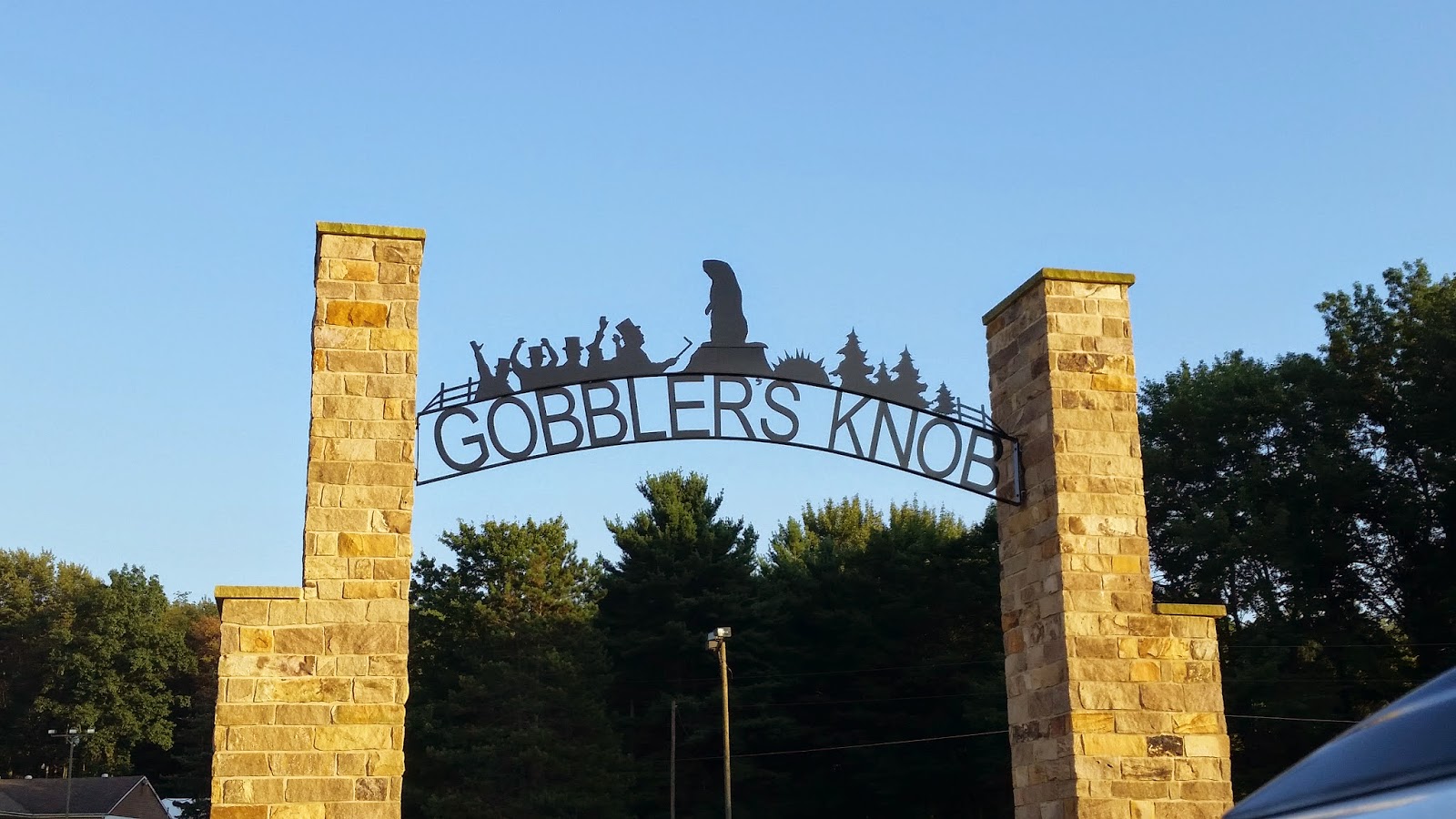 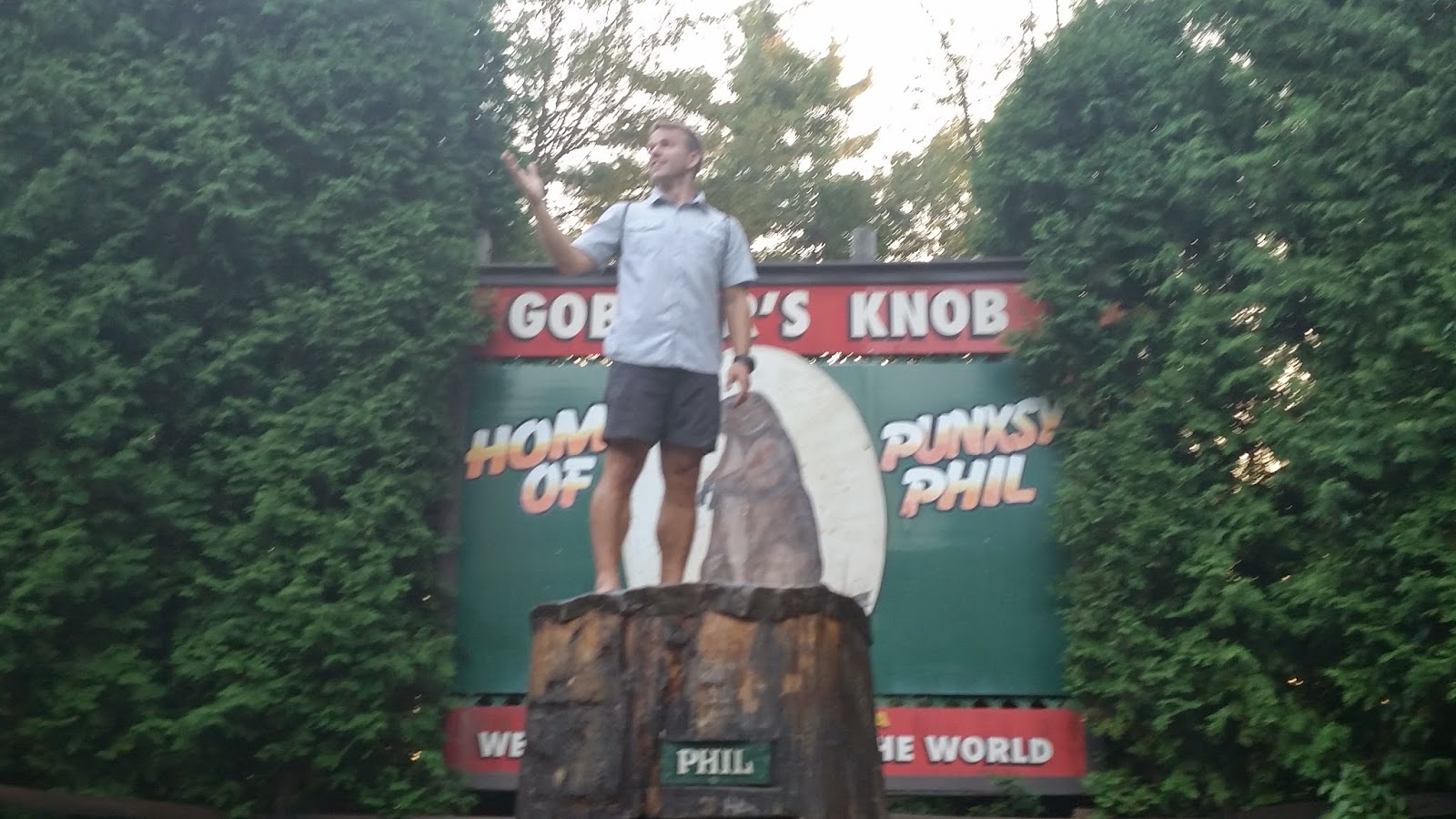 The 50k started at 7am around the corner from the Community Center. The 25k started at 9:30am. Weather was pleasant with high humidity. We took off after a veteran who parachuted into Normandy, France on this same day in 1944 (D-Day) gave us the instructions to limber up and...well, start.

It's hilly....we climbed up out of town, through the high school, then wandered up a dirt road before we hit the trails. I could feel it in my legs, the same tiredness I had felt the last 2 weeks...figured it would wane and I would find my legs later in the race.


The hills are steep! We hit ESPN hill, then Two Beers, then Yellow Bus...wooooo! they are not to be scoffed at. My immediate thought was I was not going to be sub 5 hour today...matter of fact, thought it might be a good idea not to kill myself less than 4 weeks from Grindstone. I found my pace and figured to just stay on track with nutrition, hydration, keep the pace easy, and turn this into a training run. That's pretty much what I did for the entire race...

The course is beautiful, the golden rod was flowering all over the place. Once you get to the top of the hills, you have to take a couple seconds and take a look around. 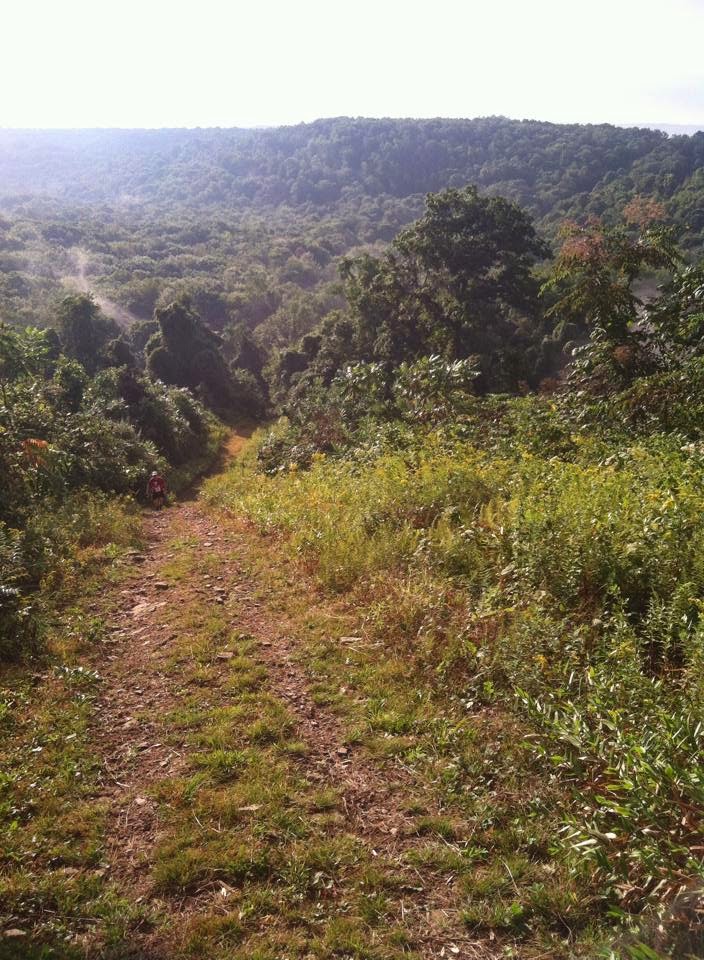 Top of Yellow Bus hill I think (photo from Sarah Hummel), the hill just drops straight down, not a single switchback on this course! 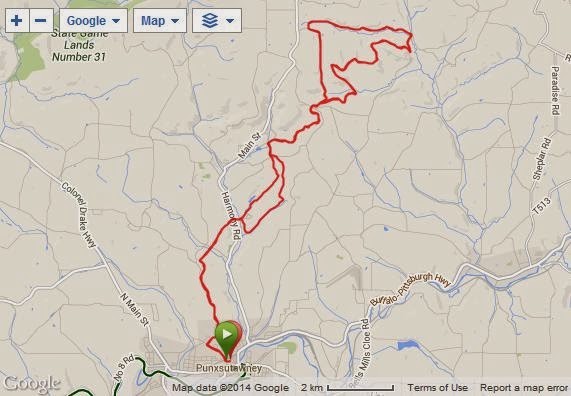 This was the course. You essentially run out and at the Buck Run aid station you begin a loop that you do twice. At the completion of the second loop, you're at mile 23. Head back the way you ran out but with a divergence up to water tower then back to the base of Two Beers hill which is simply humorously steep on the way back up. It's the hills that really make this race tough.


The entire course is runnable if you are trained for it & I think under normal conditions, I could've been around the 5 hr time frame, but ended up just over 6 hours...my slowest 50k since I began running ultras. 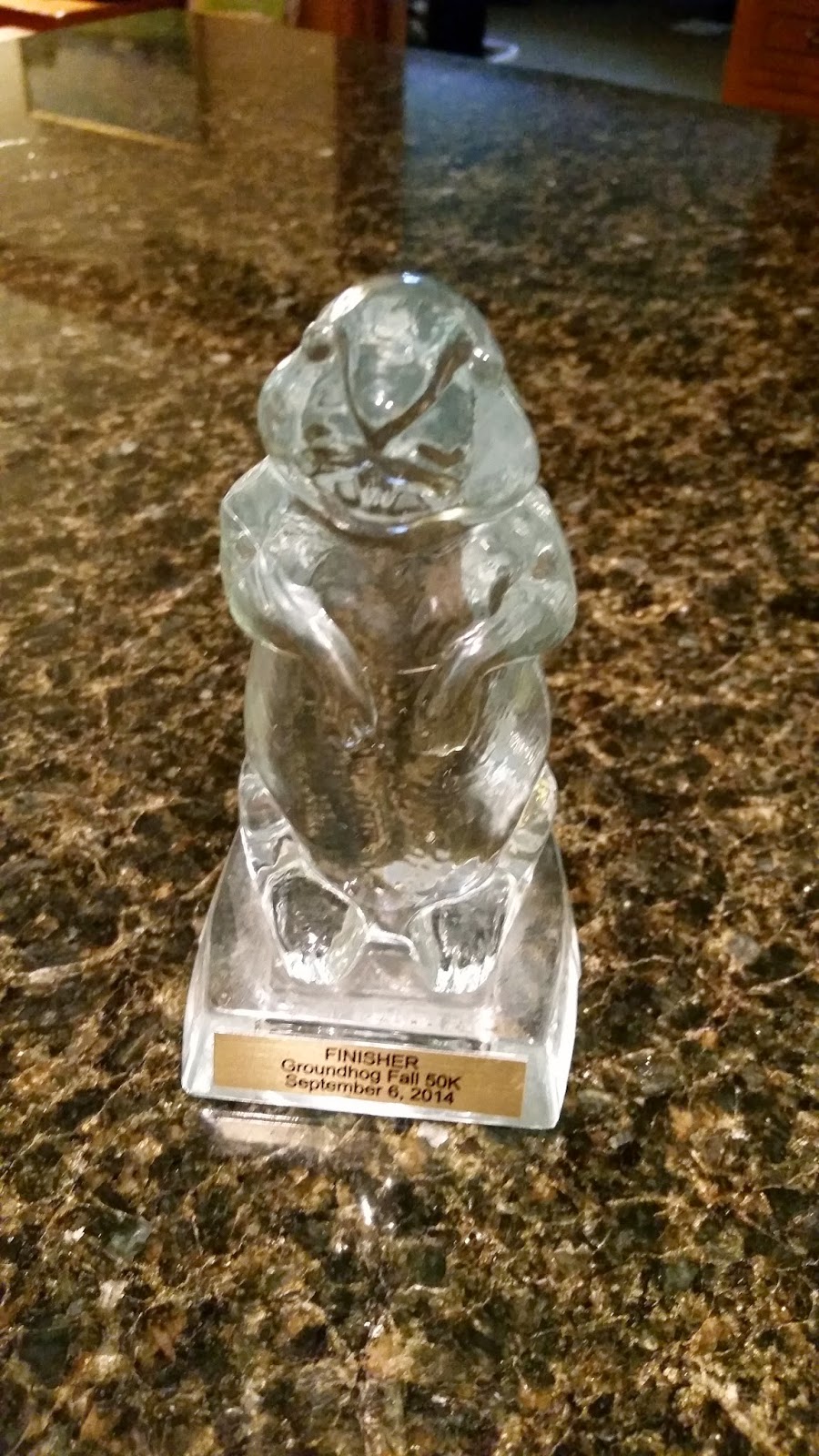 So, recovery was great...I didn't push hard but still ran for a long time on some tough trails so I skipped my Sunday run and worked on the lawn :) back to running Monday for a couple weeks then work on an taper for Grindstone.

I wore the new Hoka Mafate Speed 3 along with a new pair of CEP compression socks that fall just below the calves. I will admit, they were perfect. No blisters, no issues, great traction, & great cushion. 1 handheld bottle, Mountain Hardwear CoolRunner shorts & Pearl Izumi InR Cool tank. Did gels for most of the race along with Salt Stick caps, & pretzels at aid stations. Also, utilized Nuun energy tabs for the second 1/2 of the race....great for electrolytes & caffeine. All in all, a pretty solid nutrition.

so, that's it. Great event, really cool award as well.